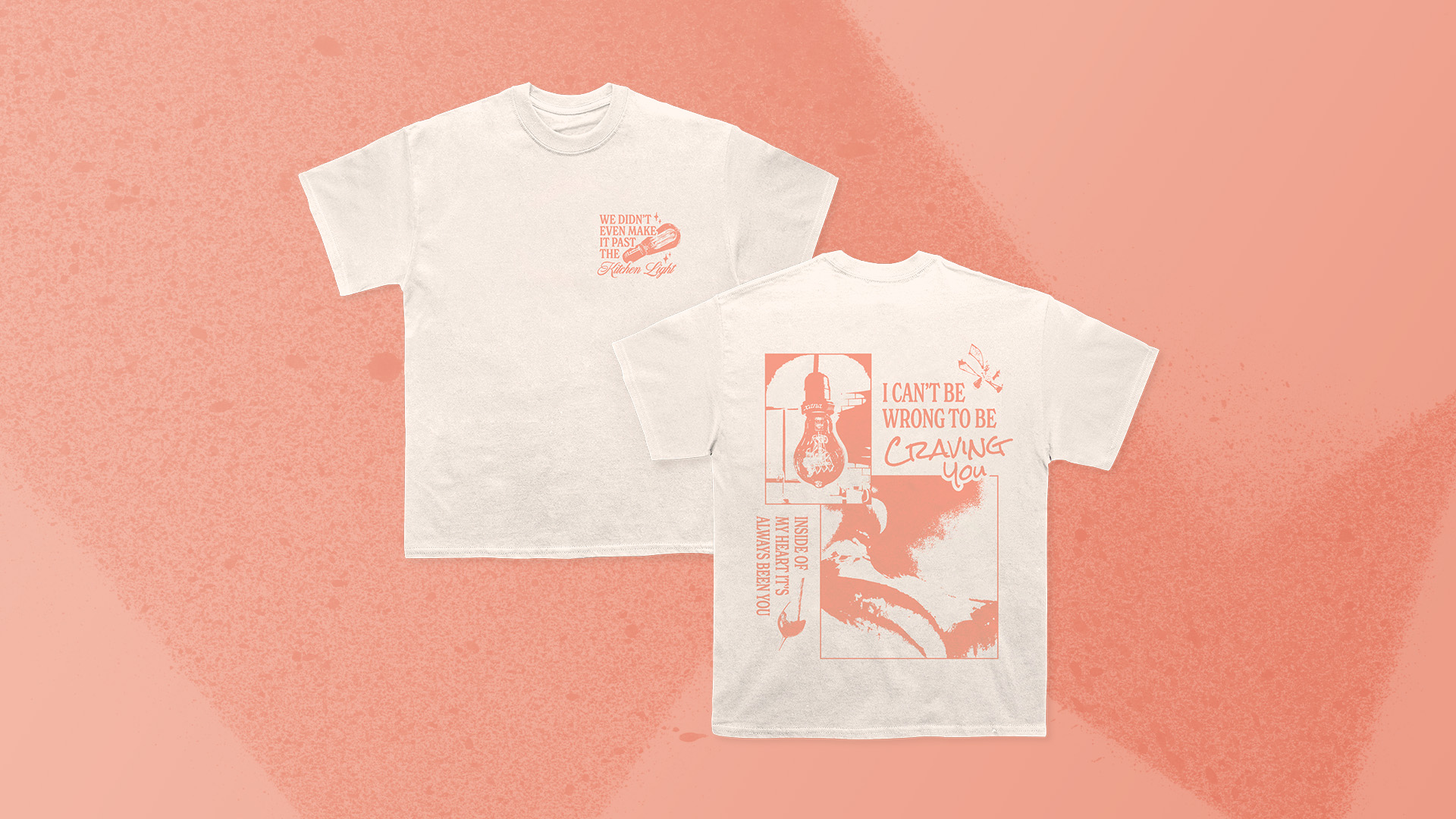 After one of my conceptual designs caught her eye, Xana and her manager, Connie Rivera, got in touch with me to work on a merchandise project together.

I was responsible for creating the designs for the selected garments for the release and producing digital promotional material. Produce a series of designs for Xana's upcoming merchandise release, inspired by her latest single, “Kitchen Light”, alongside promotional content for her social media channels.

A vintage merchandise drop, which successfully brought Xana's vision to life and visually conveyed the sentiment of the song, along with garment mockups for her official online store and social media channels. 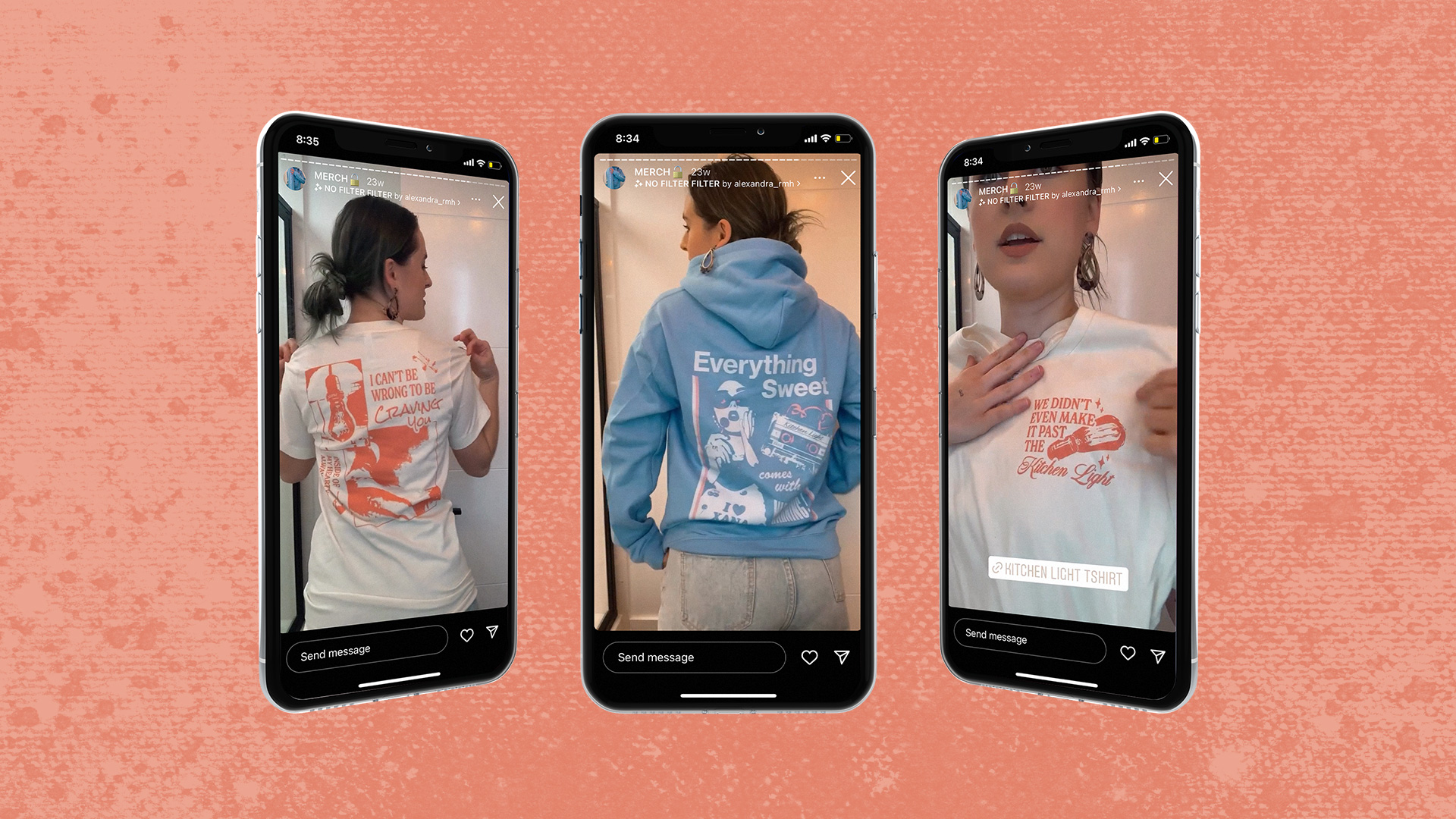 It was a pleasure to work with such a talented designer like Priti. She was able to capture my vision perfectly and the results are exactly what I had hoped for. Priti was very attentive to detail and found a way to incorporate my every wish, I really appreciated her passion and hard work on this project. Thanks P!

After the briefing session, Xana provided me with her mood boards and her overall vision for each garment. Nonetheless, before we began the design process, I conducted research and created my own mood board to gather a general idea of how I would approach this project, and showcase it to her for approval. Following my interpretation of the brief, I was drawn to vintage imagery treatments and retro serif typefaces. Once the proposal was approved, the sketching process began. I produced five to six concepts for each garment and selected the strongest one to develop further. Additionally, I researched typefaces that would suit each garment's style, highlighting a few that I believed would be suitable – brush script, sloop script and bee four. After developing the chosen concept and undergoing two rounds of revisions, we finally accomplished the project goals.

For the t-shirt, my goal was to evoke a light-hearted yet lustful sentiment. Thus, I decided to discard my initial idea of using a photograph of a couple, and chose a closeup of two women kissing. Additionally, combining elements such as the wine glass, the stars and the broken glass pieces also allowed me to achieve my objective.

For the hoodie, my target was to evoke a retro eighties sentiment with a contemporary influence. Therefore, I made use of typefaces such as Brush Script, Cooper Black and Brushland to convey the desired feeling. Moreover, combining elements such as the retro sunset, lollipops and the cassette helped me accomplish my goal.

Furthermore, I produced garment mockups of the finalised designs, that I then used to create social media content. 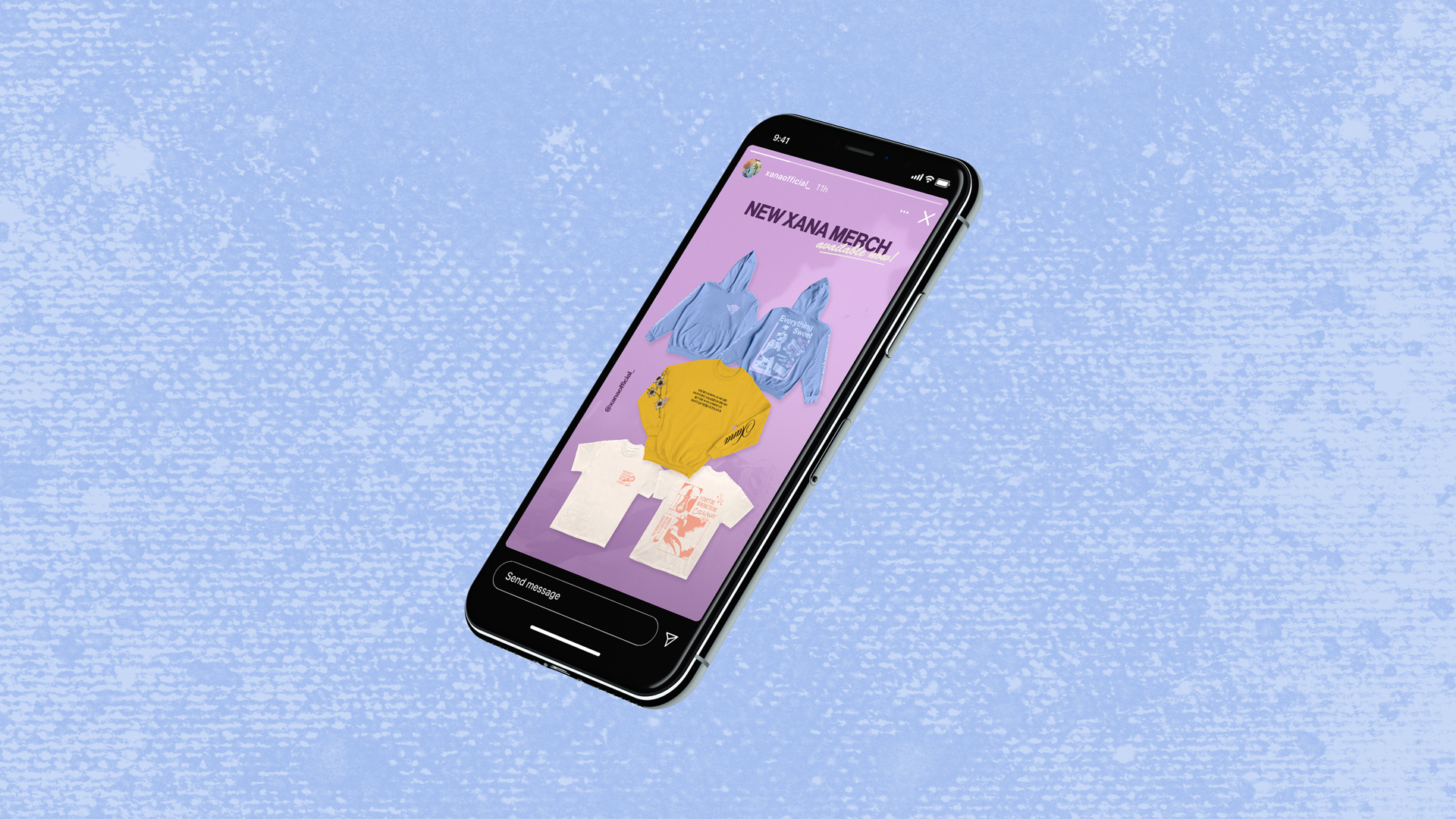 My biggest challenge for this project was to communicate efficiently as there was a five hour time zone difference, and we could easily miss each other when sending back feedback or a new revision of a garment, which broadened the project timeline. However, even with the project taking longer than anticipated, Xana was more than happy with the results.

What can be improved?

For the next project of this scope, I believe I could improve in providing the client a more realistic project timeline, as there are always unforeseen circumstances that can come up and slow down the process.